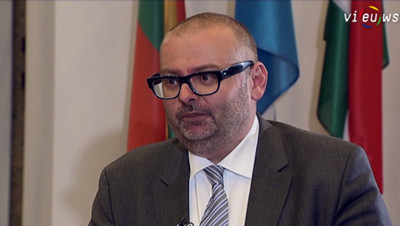 A summit within the summit made headlines as Greek Prime Minister Tspiras met with other EU leaders to try to diffuse tensions and head-off a possible sovereign default. While Tspiras was keen to show that he negotiates at the highest level, other eurozone members took issue with being left on the sidelines. Ultimately, European leaders were keen to prevent events from spiralling out of control, preferring to reach a compromise instead.

Energy Union plans - though light on details - were roundly welcomed at the summit with diverse interests. According to Emmanouilidis, Member States are weary of ceding sovereignty to make it a reality but current events in Ukraine clearly make the case for the project.

The completion of the first phase of the European Semester was also on the agenda. The efficacy of the programme is still a matter of debate as Commission’s recommendations are not adopted by Member States, defiant to implement reforms. A Four Presidents report due in June will indicate the way ahead.

The European Policy Centre (EPC) is a Brussels-based independent think tank focusing on European integration. It provides high-quality analysis on the EU policy agenda. The EPC has a strong multi-constituency approach and has a wide range of private companies, business federations, trade unions, public institutions and NGOs as its members.

Janis A. Emmanouilidis joined the EPC in 2009 as a Senior Policy Analyst before becoming the EPC’s Director of Studies. His publications cover the EU’s political and institutional development, the sovereign debt crisis, EU integration, the EU’s foreign policy as well as EU enlargement. Emmanouilidis is also active as an advisor to various governments, EU institutions, European parties and NGOs.